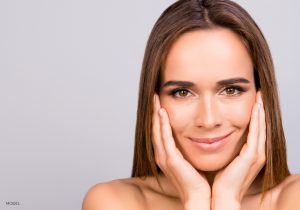 If you’re wondering if rhinoplasty is going to deliver drastic changes to your facial appearance, you’re not alone. In fact, it’s a common question that Dallas facial plastic surgeon Dr. Bassichis of Advanced Facial Plastic Surgery Center is asked during nose job consultations.

The answer to this question is, “yes, no, or possibly”. The reason it’s difficult to give a definitive answer is that every nose job is different, meaning your surgical results will vary depending on whether you are having cosmetic rhinoplasty to change the appearance of your nose (and if so, what degree of changes you are hoping to get), or if you’re getting a functional nose job to improve your breathing.

Dr. Bassichis finds that many Dallas residents don’t like the appearance of their nose, and feel like it doesn’t match their other facial features. Nose jobs can address several cosmetic concerns, including:

As you can see from the above list, there are so many different ways a nose job can alter your appearance, whether or not you’ll see results that you may find “drastic” all depends on your current appearance, and your surgical plan for the unwanted nasal appearance you’d like changed.

Some Dallas residents have a nose that they feel is as cute as a button. However, they’re plagued with breathing problems, and no medications for allergies or congestion have helped.

In some cases, functional rhinoplasty may be an option to help improve breathing in a Dallas patient. Because this procedure typically involves altering the internal shelves in your nose, most Dallas functional nose job patients don’t see drastic changes to their appearance after surgery.

If You’re Concerned Your Surgery Will Deliver Results that You Feel Will Be Too Drastic, Let Dr. Bassichis Know

When it comes to nose jobs and desired outcomes, the most important thing is to have open communication with Dr. Bassichis. He won’t know how aggressively to shave down a nasal hump, for example, if you don’t clearly communicate what you’d like your post-op nose to look like. Oftentimes, the best way to do this is to show him pictures of noses you like, so he has a visual as to what look you want to achieve.

If you’re considering a nose job, the best thing you can do is to speak with an experienced and talented facial plastic surgeon like Dr. Bassichis. During an initial consultation, he can evaluate your nose, listen to your concerns and desired outcomes, and together, he can help prepare a surgical treatment plan that will make you happy – whether that includes drastic or subtle changes to your facial appearance.