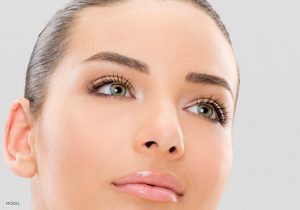 If you haven’t already learned through your online research, you should know that rhinoplasty is one of the most common elective plastic surgery procedures not only performed in Dallas, but throughout the United States. And in fact, it’s performed for so many different reasons – from elongated noses to reducing the size of nostrils to functional rhinoplasty – that no two patients have the same treatment plan for their surgery.

Still, the idea of having one’s nose worked on can be a little anxiety producing to some patients- especially since the nose is not only such a prominent facial feature but so important for breathing. During his consultations with potential patients, Dr. Bassichis is often asked how a patient’s nose will be molded during rhinoplasty surgery. The answer – it all depends on what you are trying to achieve.

Some Dallas residents seek out Dr. Bassichis’ skill and experience because they have an unwanted nasal hump. Whether they don’t like the way it makes them look head-on, or they dislike their facial profile, these patients simply want their nasal hump gone.

Molding the nose for removing a nasal hump is a very unique process. First, Dr. Bassichis gently shaves the hump down, making it unrecognizable. Then he performs a procedure called lateral osteoplasty – also known as breaking the nasal bone – so that the exposed open roof from shaving the nasal hump down can heal.

Molding Your Nose to Improve the Look of Your Nasal Tip

The nasal tip is an important feature of your nose, and some patients are unhappy with the way their nasal tips naturally looks. Rhinoplasty can surgically change this. Depending on the look you are trying to achieve, Dr. Bassichis may lift your nasal tip, round it out, or narrow it.

Slimming Down a Wide Nose

Sometimes, Dallas residents feel their nose is just too wide for their other facial features, and they want it to be surgically corrected so that it’s more narrow and proportionate with the rest of their face. In this case, Dr. Bassichis will perform a procedure called alar baser reduction, which means that he narrows down wide nostrils by removing tissue in between them. Next, he breaks wide nasal bones, if present, to make them appear more narrow. Finally, depending on your desired goals, Dr. Bassichis may even extend the nose to give it a narrower appearance.

The Many Ways a Nose Can be Molded During Rhinoplasty

As you can see, since there are so many different things rhinoplasty can address, there’s no one way a nose is modeled for the surgery. It all depends on the aesthetic goals you are trying to accomplish. If you have questions about the molding and surgical techniques that will be used during your nose job, just ask. Dr. Bassichis will be happy to explain them to you so that you are fully informed about your upcoming procedure.

Regardless of your idea of an optimal nose, Dr. Bassichis can help. Call our Dallas office today to schedule a rhinoplasty consultation at (972) 774-1777.