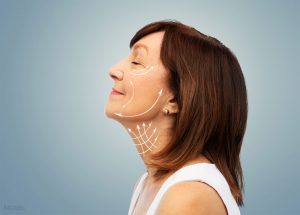 Have you heard of the mini facelift? If so, you might be wondering if that, or a traditional facelift, is right for you and your unique situation. After all, every Dallas male and female ages differently, and their surgical needs are different, too. So which one’s right for you?

A mini facelift is a shorter and less invasive elective plastic surgery compared to a traditional facelift. Dallas patients often choose a mini facelift if they are just beginning to show signs of aging on their faces, such as slight jowling, minimal wrinkles, and sagging of the facial skin and neck.

Since a mini facelift is less invasive, it also means that smaller incisions are used during the procedure. Of course, your incisions will be hidden in your hairline and underneath your chin, but since they are smaller incisions, there’s less downtime and your recovery from the surgery will be faster.

One important factor to remember if you are interested in a mini facelift, though, is that since it is such a less invasive procedure, it’s results aren’t meant to last a lifetime. But if you’re in your 30s and are showing signs of aging that make you look a decade or so older, getting a mini facelift now may postpone your need to get a traditional facelift later.*

A traditional facelift is a procedure you’re probably thinking of when you hear the term “facelift.” It involves making incisions in a patient’s hairline up, around and below the ear, as well as underneath the chin. From these incisions, Dr. Bassichis can eliminate deep wrinkles around the nose and mouth, tighten up your skin, and remove unwanted sagging skin around your lower face and neck.

A traditional facelift is usually recommended for patients who are at least 40 and tend to have longer-lasting results than a mini facelift. But remember, the aging process never stops. Even if you get a facelift at 40, you may require a revision facelift later in life.*

What’s the Right Choice for Me?

While your age might help clue you in on whether or not a mini facelift or traditional facelift is right for you, the best way to determine which procedure you should proceed with is by consulting with Dr. Bassichis of Dallas’ Advanced Facial Plastic Surgery Center. A double board-certified plastic surgeon who works exclusively on plastic surgery facial procedures, he has the skill and experience to know what procedures will work best for individual patients.

Visit Dr. Basshichis in Dallas To Discuss a Mini Facelift vs Traditional Facelift

If you know you want to turn back the hands of time, but are not sure which plastic surgery procedure is right for you, then give us a call. We will be happy to schedule an initial consultation with Dr. Bassichis so he can perform a full facial examination, listen to your problem areas, and suggest the best procedure for you.

Head to our before and after gallery to view real results from patients who have undergone facelift surgery at our Dallas center.