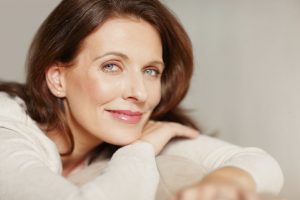 Remember back when facial plastic surgeons relied only on surgery only to rejuvenate patients’ faces?  So much has changed with innovatively combining facelift, laser other surgeries with nonsurgical approaches and skin care to enhance outcomes. He says the modern-day facial rejuvenation “package” approach improves and prolongs patient results and enhances safety and satisfaction.

Today, facial rejuvenation patients see Dr. Bassichis for surgical consultations, but also see the licensed clinical aestheticians at the ADVANCED Medi.SPA who recommend nonsurgical options for improving skin elasticity, skin tone and more before surgery. Not only do patients come to the operating room with healthier skin, but they’re also better educated about how to keep their skin looking good. There is a focus on skin health including sun blocks, antioxidant and moisturizers that enhance the overall, long-term result. Dr. Bassichis also combines techniques and technologies that improve post-surgical bruising and swelling such as lymphatic drainage massage and oral supplements. This evolved facelift provides the beautiful, natural results that Dallas and national patients come to seek from Dr. Bassichis.

Benjamin Bassichis MD FACS is a double board certified facial plastic surgeon in Dallas, Texas specializing exclusively in cosmetic and reconstructive procedures of the face. To learn more about Dr. Bassichis’ plastic surgery procedures please call 972.774.1777 to schedule your consultation.

Are you having trouble getting your teenager to wear sunscreen?

A recent study showed that vanity works better than fear in getting adolescents to use sunscreen.

Patients watched one of two videos promoting sunscreen use among adolescents. One video emphasized the premature aging effects of UV light on skin appearance. The other video focused on the relationship between UV light and skin cancer.

Six weeks later, sunscreen use had increased significantly in the appearance-video group but not in the health-video group. The appearance video delivered messages such as, “Skin damage can show up as wrinkles, dark spots, uneven skin tone, sagging skin, and rough leathery skin.” Patients learned that UVA light from the sun causes the skin damage that makes skin look older and “less attractive.” The video warned, “When you go out in the sun without sunscreen, you’re causing your skin to age faster, which might make you look older than you really are.”

The health video asked, “Did you know that having one bad sunburn in your life increases your chances of getting melanoma?” It explained that melanoma, the deadliest of skin cancers, can happen to anyone and is one of the most common cancers in young adults “like you.” Even though it’s less common in African Americans, it can happen and usually is deadly because it’s usually found too late, the video said. As melanoma “gets worse, it can spread to other organs in your body, like your liver, lungs, and brain. When it’s found too late, melanoma can kill you,” the video added.

Perhaps this would be an effective way to approach adolescents who don’t want to wear sunscreen…and perhaps some adults too!

Benjamin Bassichis MD FACS is a double board certified facial plastic surgeon in Dallas, Texas specializing exclusively in cosmetic and reconstructive procedures of the face. To learn more about Dr. Bassichis’ plastic surgery procedures please call 972.774.1777 to schedule your consultation.