Fellow of the American College of Surgeons (FACS)
Dedicated to excellence in surgical patient care.

Super Doctors identifies top doctors as selected by their peers and the independent research of MSP Communications.

Physician Recognition Award, 2001-2020
An award given by the American Medical Association for excellence in continuing medical education and patient care.

Top 10 Doctors in Texas Award, 2014
Vitals awards Top 10 Doctor honors to physicians providing top quality care within a certain specialty and geographic area who are consistently given top ratings by their patients.

On-Time Doctor Award, 2014, 2015, 2020
Vitals On-Time + Promptness Award recognizes doctors with consistent high ratings for timeliness of appointments. The honor is granted based on a physician’s overall and promptness scores.

Texas Top Doctors Award, 2018-2019
Awarded by Texas Monthly to outstanding physicians who have earned the confidence and high regard of their peers and attained a high degree of professional achievement.

John Orlando Roe Award, 2003
An award presented each year to an American Academy of Facial Plastic and Reconstructive Surgery (AAFPRS) Fellow in an AAFPRS Foundation Fellowship Program who submits the best clinical research paper written during their fellowship year.

Young Physicians Committee, American Academy of Facial Plastic and Reconstructive Surgery
An honorary committee for the National Academy to provide a forum for discussion of the challenges of young physicians in today’s society. 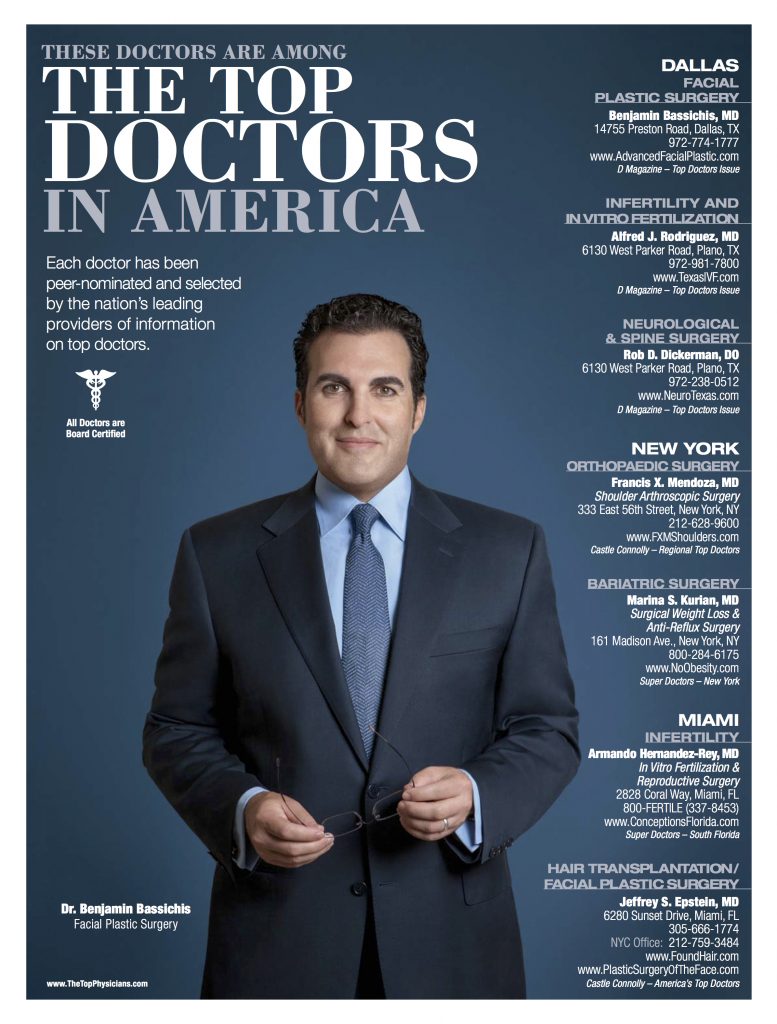